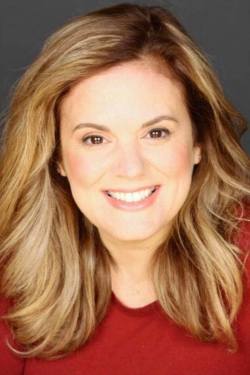 JoAnn Celentano is thrilled to be a part of the cast of
“Some Terrible Grief.” Like many performers, she got her start on the junior high school stage. Following a few of her friends to an audition for the musical, “Carousel,” it was there she found her calling. She appeared in high school productions, studied acting in college and then performed in community and regional theatre. After
taking a hiatus to be a Mom (her most important role),
JoAnn recently returned to film, television, and stage work. Her film credits include the 2016 comedy, “Gender Bender,” the indie film, “Eclipse,” and the student film, “It Keeps You Up.” Recent theatrical credits include “Twelve Angry Women,” with the AlphaNYC Theatre Company, “The Kiss,” with LI Repertory Theatre and the comedy, “Red Scare on Sunset.” She has also done extra work for television and voiceover work for NYU television and film students. She would like to thank her husband Jimmy and her son, James, for all their love and support. “It’s our dreams that keep us going….”

Back to Some Terrible Grief!