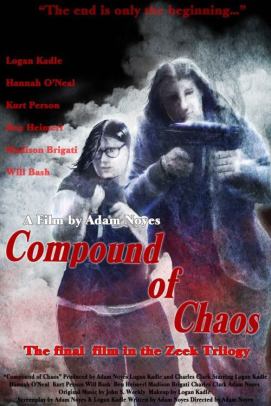 This is the final, most epic, most powerful film in The Zeek Trilogy!

Watch the full film by clicking the link below!

The first film by AN Productions to be shot in a 2.35:1 aspect ratio, Compound of Chaos (2014) was a messy and complicated shoot that took place from early 2013 to early 2014. With the largest cast, this film wraps up Zeek’s character arc, and brings and end to this ambitious series.

Go back to The Zeek Trilogy